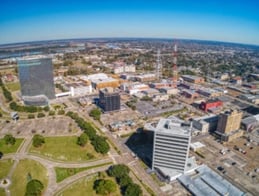 Being a powerhouse for culture and industry in the area, Lake Charles has quite a lot to offer to visitors and residents alike. As such, there are very many people who are proud to call it home. Below are some notable people who hail from this wonderful city of Lake Charles Louisiana.

Michael was a Lebanese-American cardiac surgeon, vascular surgeon, scientist, and medical educator, who was born in Lake Charles, LA. He was the first-ever heart surgeon to implant an artificial heart backin1963. He later became the chancellor emeritus of Baylor College of Medicine in Houston, Texas, before going on to become director of the Houston Methodist DeBakey Heart & Vascular Center. Michael also became the senior attending surgeon at Houston Methodist Hospital (formerly known as the Methodist Hospital) in Houston, with a career spanning 75 years. Born to Lebanese Christian immigrants, DeBakey was inspired to pursue a career in medicine by the physicians that he had met at his father's drug store, and he simultaneously learned sewing skills from his mother. He subsequently attended Tulane University for his premedical course and Tulane University School of Medicine to study medicine.

Mark is a businessman and politician from Lake Charles, LA. Since 2020, he has represented the 25th district in the Louisiana State Senate; he was previously a state representative for the 36th district from 2016 to 2020. Abraham is a former member of the Lake Charles City Council, the Port Authority, and the Louisiana International Trade Commission. He is a member-at-large of the Louisiana Board of Regents. A real estate broker, he is also the co-owner of several other businesses, including a Cajun food company, a storage firm, a furniture and appliance rental company, and a shrimp and seafood processing plant. He is a member of the board of the Guatemalan orphanage Casa Aleluya and the Council for a Better Louisiana. He and his wife, Gina, have three children.

Lynda was born on 25th October 1941 in Lake Charles, LA. She is an American sculptor and visual artist known especially for her wax paintings and poured latex sculptures. Growing up her father Michael ran a building-materials business. Her mother was from Mississippi and was a preacher's daughter. She is the eldest of five children. Benglis attended McNeese State University in St Charles, LA. She earned a BFA in 1964 from Newcomb College in New Orleans, where she studied ceramics and painting. After graduation, she taught third grade at Jefferson Parish, in Louisiana. In 1964 Benglis moved to New York. While here, she came into contact with many of the influential artists of the decade, such as Andy Warhol, Donald Judd, Sol LeWitt, Eva Hesse, and Barnett Newman. She went on to study painting at the Brooklyn Museum Art School.

And while you’re researching famous people from Lake Charles, LA, if you’re in need of office products or IT Support Services in Lake Charles, AOP is here to guide you. Call or schedule an appointment to meet our trusted team. We look forward to hearing from you!

Click the link below to request a quote from the AOP team. We offer custom tailored solutions and plans for your business needs.